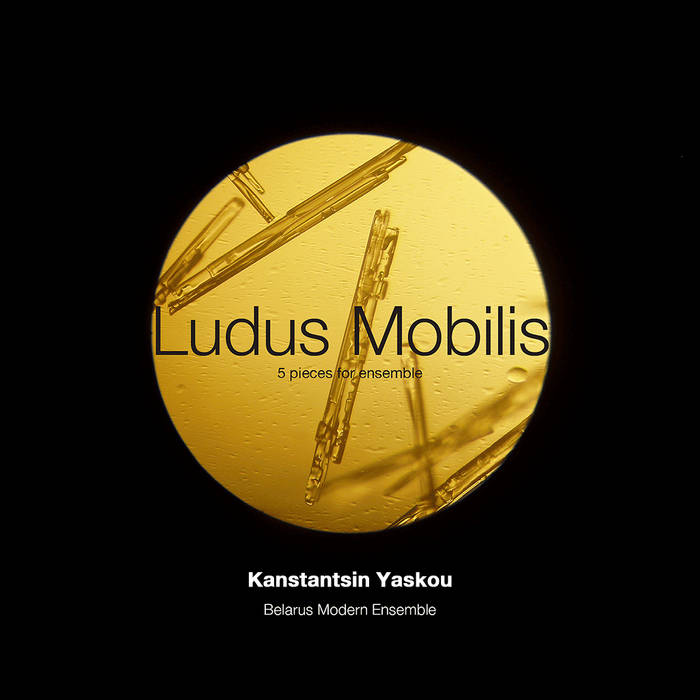 "LUDUS MOBILIS is a genre which I invented, and I have kept glancing back on it from time to time since fall 2009.
Each piece is a result of investigating “Me” as a space of senses, codes, notions and categories of music, aesthetics, philosophy, religion and psychology.
Each Ludus mobilis is taken as a round of "the glass bead game” described by H. Hesse. On the other hand, LUDUS MOBILIS can be generically explained as an aphorism. The creation of each such piece is a frolic play of mind embedding the elements of the personal and impersonal cultural experience. I play with the images and associations stored in memory as with a puzzle or parts of a virtual meccano set. Thus the name: ludus means “a play”, “fun”, “a joke”; mobilis means “mobile”, “light”, “transient”, “ephemeral”, “whimsical”, “unstable”.
The structure also reflects the name. First of all, the instrumental text in each LUDUS MOBILIS is essentially a set of pitch-and-rhythm puzzles and certain game rules applied to them. In other words, the texts of these pieces are aleatoric bits, which transforms each player into not simply a player, but a co-creator. Secondly, the set of instruments is not fixed in terms of quantity or timbre. Both acoustic and electronic instruments may be acceptable. Also, the players can generate different versions (visual, physical, theatrical, sculptural, etc.) only using the above rules (the mathematical laws of material processing). The hearer should realize that they listen to just one of a million of combinations in harmonies, timbres, tunes, and, most importantly, meanings, associations and images. As T. Todorov puts it, any text is generally “a picnic to which the author contributes words, and the reader - senses". This is exactly how I explain the LUDUS MOBILIS texts: I built them from the bits of musical information which meant something to me; yet I am positive that you, every one of you, will take them differently. This is how you will also co-author the cycle.
However, the overall concept of the album may be described as "meditation". Every piece is a proposal to ponder over a philosophical and religious or simply musical universal. With this in view, I tried to simplify the language and dramaturgical principles to the maximum to make them uncomplicated, ascetic and lucid."

Society for the Development of New Music Minsk, Belarus

Society for the Development of New Music (SDNM) is a group of enthusiasts, who engages in development, promotion and research of contemporary classical music.

Bandcamp Daily  your guide to the world of Bandcamp

Featuring Plunky of Oneness of Juju and Coldcut & the Keleketla! crew.